My alarmist period
Quite soon after being drawn into the energy discussion over ten years ago, I was confronted with the climate discussion: rationality about the required energy transition was impossible because of the extreme urgency of climate policy. CO2 was causing a catastrophic climate change, so we should stop talking about energy and climate and immediately start a transition away from fossil fuels, even without knowing how it would work out, and what it would cost.

Being a greenie myself, at first I bought the idea. So when asked to give a presentation about my sustainable activities and the Kyoto protocol, I planned to prove to the world once and for all that we should get rid of fossil fuels as soon as possible. I dug deep trying to find overwhelming evidence for the CAGW (Catastrophic Antropogenic Warming) claims, but the deeper I dug, the more the suggested evidence evaporated.
I was confused, and ended up giving a presentation with almost only question marks.

Conversion into a sceptic…
I started to become quite critical about the CAGW hypothesis and employed a few geology students to check my findings in the scientific literature. This confirmed the suspicions, as raised by my own search on internet.

I continued giving presentations, that were increasingly openly sceptic.
Which was a surprising experience: suddenly I found myself being treated as a despicable kind of person, that should be attacked and silenced at all times…
And most of all: that should be kept out of the scientific debate.

Climategate
After the leaking of a huge amount of emails of CAGW supporting scientists in the climategate scandal in 2009, showing them to be activists rather than honest scientists, I was convinced that we would finally be able to force them to talk to us sceptics and have a scientific discussion with them.
So I developed a format for civilised discussion between scientific “enemies”, that would not escalate but converge. I proposed this to the freshly formed group that had started the sceptic forum climategate.nl, but they were not interested at that time. I was however allowed to blog on it, which resulted in up to 250 blogs about energy, climate, economy and politics.

Climate Dialogue
Later on Marcel Crok joined me in developing the format further, and we managed to get the project ClimateDialogue.org approved by the government.
It was run together with government organisations KNMI (Dutch met & climate office) and PBL (environmental government advisory organisation) and ran for two years, featuring six discussions between mainstream and sceptical scientists.
There was no escalation, not even in the public discussion, and the content that was produced was agreed on by the participants.
It was called the best example of climate science mediation by climate scientist Judith Curry, who also participated.
The climate dialogue archive can be visited on the site of the Environment, Science and Policy Foundation website.

Climate Theory
Soon after I was confronted with the CAGW hypothesis I started to get irritated by the bold scientific claims that I should just believe without understanding them. So I started to build my own basic greenhouse gas radiation model, just to understand what everybody was talking about. This proved to be difficult: even basic questions about IR radiation behaviour could not be answered by the climate scientists I asked. Apparently they did not really understand the physics either. They believed in the CAGW hypothesis, but obviously did not really understand it.

Finally I met Noor van Andel, a great physicist and former world wide research director of AKZO. He gave me all the answers I was looking for.
Then it still took me two years to get the greenhouse simulation working properly (one big mistake took me six months  to find!), and to build a climate model based on that. I hastely published my “fireworks” climate theory on internet before the ICCC7 climate conference in Chicago in 2012, where I presented it for the first time. Many have seen it since, and so far nobody has had criticism that caused me to change anything.
Feel free to comment!

Science Talks
In 2018 the scientifically interested authors started to object to the very low level of moderation of the comments on Climategate.nl.
We also felt that a discussion about climate science should be in English. So I decided to start a separate website ScienceTalks.nl, focusing on new hypotheses about climate science, and the scientific discussion about them. The contributions have to be written in the prescribed format, and the reactions are moderated.

There are quite a lot of experts, often engineers, who have interesting hypotheses about the physics of climate, and they need a chance to be criticised, to find out if there is any value in their work. We just started the website, and it already features some amazing discoveries!

The meeting in Porto: 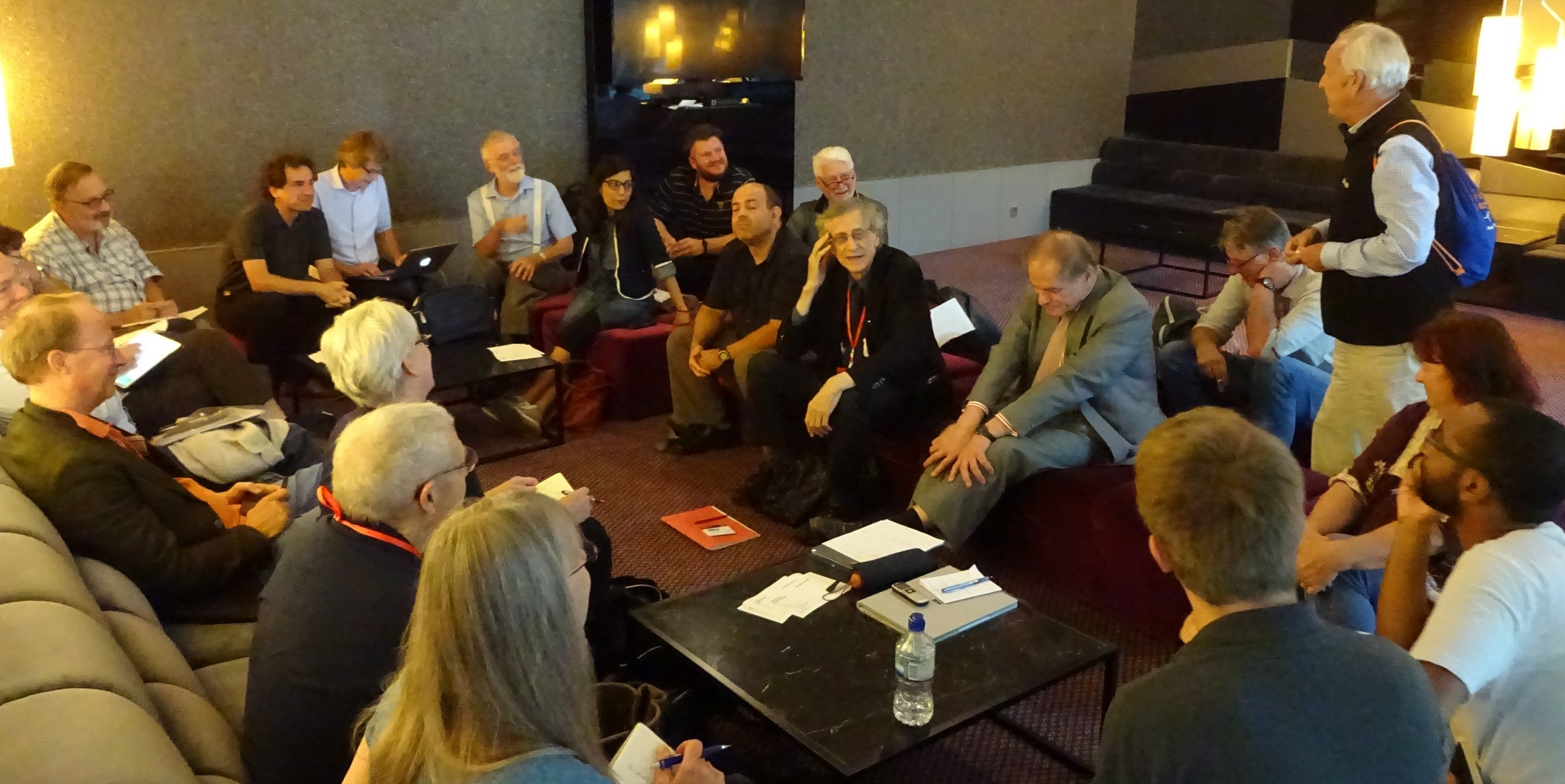